* NOW WITH CRINKLE & SQUEAKER* With her striking spots, Ally Starfish is destined for the spotlight. For dogs that like to show off, Ally enjoys play where she’s the center of the party, like group tug of wars on her arms. 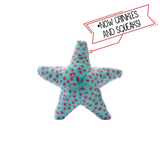 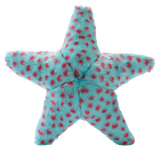 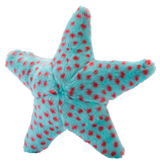 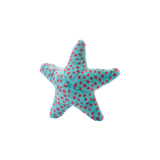 No Plush Toy Is Indestructible - Not Even Fluff & Tuff

Our goal is simply to combine superior quality materials with proven construction specifications to create the most durable plush toy for your dog to have fun with. That being said, we do NOT guarantee our toys. We DO want to educate and bring awareness on purchasing the best toy that fits a dog's personality. Our toys are premium, unique, and safe. We hope you and your dog loves them. Read more on how to find the best toy for your pup.

Always supervise your dog’s play time. While our toys are made with high quality materials to be more durable, they are still plush toys – not chew toys – and therefore are not indestructible. All Fluff & Tuff toys meet the same strict standards set for manufacturing children’s plush toys in the United States, including: ASTM F963-11 (Standard Consumer Safety Specs for Toy Safety), testing for lead and Phthalates, and double scanning for foreign or metal objects.